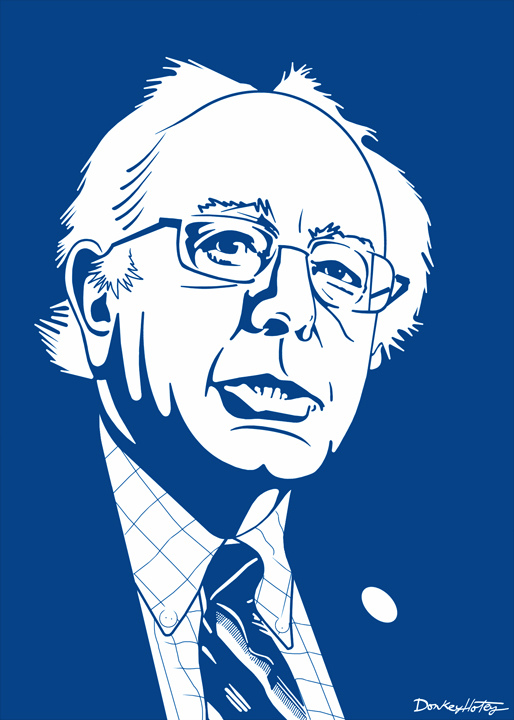 On February 19th, Bernie Sanders announced he would be running for President…again. Are we living in some kind of simulation because this feels all too familiar?

In a televised interview that aired on CBS, Sanders shared that the 2020 campaign will be a continuation of the 2016 campaign. “Medicare for all, raising the minimum wage to $15 an hour, making public colleges and universities tuition-free,” Sanders said.

When probed to speak on what Medicare for All looks like, the Senator of Vermont emphasized, “The bottom line is—the average middle-class family will save money- spend less money on healthcare and will have more choices and have broader coverage.”

Who wouldn’t want all those things? Well, we already know the rich hate Sanders and the Republican majority isn’t a huge fan of his socialistic values.

Regardless, a ‘Medicare for All’ plan would extend coverage to about 30 million uninsured Americans and revolutionize the current healthcare system, making it illegal for private insurance companies to sell… insurance.

In 2017, Sanders was the closest to achieving his vision for universal healthcare with a ‘Medicare for All’ bill, which aimed to establish a national health insurance program. This proposition required that the U.S. government would become the “single payer” for all health expenses.

However, to achieve the massive scale it would fundamentally need, the bill required a generous amount of revenue. Sanders proposed that the money would be sourced from a ‘7.5 percent income-based premium paid by employers,’ or a ‘4 percent income-based premium paid by households,’ or through the passing of several tax breaks. Or best of all, through the establishment of a wealth tax on the top 0.1 percent of the population. (The mystical billionaires Bernie loves to trash).

However, the sourcing of revenue for this bill did not sit well for most congressional leaders—including Senate Majority Leader Mitch McConnell, who opposed the bill because of the belief that the bill expanded the reach of the federal government.

Failing to bring the bill to light and losing to Clinton in 2016 for the DNC pick has not stopped Bernie. The 77-year-old is not going to give up just yet.

On Twitter, Medicare for All is a common thread on his feed:

There’s no keeping him silenced.

All power to him.

Begin typing your search above and press return to search. Press Esc to cancel.